Singapore [Officially known as the Republic of Singapore] might be the smallest country in South-East Asia, but that doesnt stop it from being one of the most economically advanced countries. Having one of the busiest ports in the world, called Port of Singapore, has immensely globalized and diversified its economy which is also known to be one of the freest and most competitive. Acute poverty is rare in Singapore; in fact it has a decent percentage of the Worlds millionaires.

Singapore Education is also a key development area that offers a spectrum of courses in diverse fields. It is rated as the best business-friendly economy in the world. The cosmopolitan country with a touch of modernity offers a good standard of living with progressive job opportunities.

Why Study in Singapore

Singapore is a safe and cordial nation where living, studying, and working are easy. With a developed economy and well modeled curriculum system which is beneficial to the students. Choosing to study in Singapore can turn out to be an enriching experience at both undergraduate and postgraduate levels because it provides internationally recognized degrees at affordable costs.

Multiculturalism is promoted in Singapore and it has four official languages: English, Malay, Mandarin, and Tamil. The English name of Singapore is derived from the Malay word Singapura and it is customarily referred to as the Lion City. Singapore climate can be classified as that of a tropical rainforest. April and May are the hottest months with the monsoon spanning November to January.

Singapore is emerging as a quality education provider destination with affordable fees and lower cost of living. The education system in Singapore is productive and competitive, and encourages students to strive for better results and performances. The Ministry of Education (MOE) takes control of the development of the schools and government funded institutions.

The education system here mainly revolves around the interests of the students. Singapore has six national universities as well as various private universities. Foreign universities of UK, Australia, and Germany have established campuses in Singapore.

For some of the vocational programs student can enroll after SSC or HSC.

Most of the institutes in Singapore do not require any language proficiency test as a mandatory requirement to get admission.

The cost of living depends on the type of accommodation the student selects, the locality as well as room type. An international student in Singapore may spend an average of about SGD 480- 1,000 a month on living expenses. This amount of course, varies depending an individualâ€™s lifestyle and course of study. There are halls of residence and hostels. Rooms are available as single or on sharing basis. Amenities such as television rooms, reading rooms, laundry rooms, computer rooms and kitchenettes among others are also available in halls of residences.

Singapore is one of the most affordable places to live in, which is known for its quality of education. The nation welcomes international students with liberal standard of admission and affordable cost of study compare to other foreign countries.

It is comparatively easy to get work pass for Singapore. If you have foreign education and right connections can be helpful to get a good job in Singapore .The country is in desperate need of qualified foreign workers.

Please who have obtained work pass and spent minimum 5 years they can plan their further stay.

Studying Abroad is the best of the opportunity that any student will ever receive. It will help you gain a lot of experience and also improve your communication as well as other academic skills. Once you decide to study abroad, a lot of career opportunities open for you giving you a lifetime experience. This will help you to choose the best of the jobs for you, allowing you to lead a healthy and wealthy lifestyle.

We hope you find these free IELTS resources useful, but for even more support, lessons, videos and practice tests, become a full member today?
Did you know that we provide free access to the complete online IELTS course FREE OF CHARGE to all our clients? Sign up with us today and we'll pay your membership fees!'
Free Registration Now 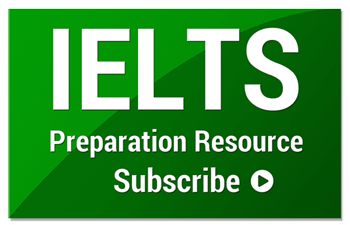